When I was three years old, my father would take me to the computer, which ran Windows 95. He would open Word and set a big dingbat font, that had animals instead of regular letters. I pressed the keys, and some dinosaurs, elephants and zebras appeared on the screen. I was amazed, every time!

I liked to play with all the stuff I could find—faxes, an old amplifier, PCs, TVs. My grandfather was an electrician, and I learned to connect RCDs to light bulbs and plugs. Those times when I accidentally felt the 230 Volts through my body didn’t stop me from trying again, no matter what my father said. 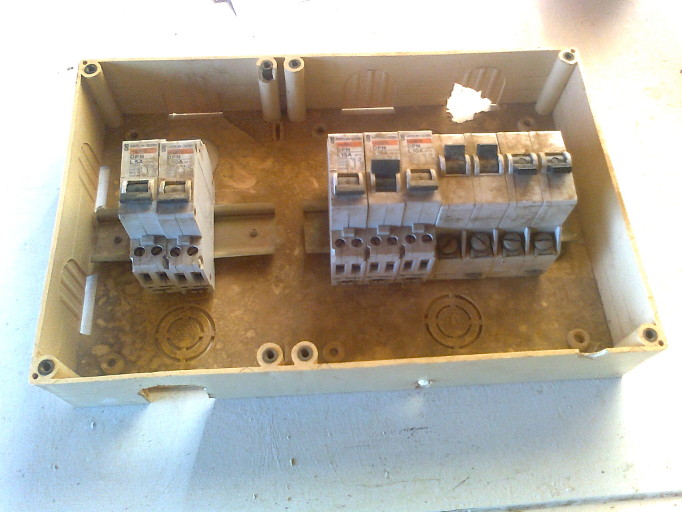 Some of the RCDs I used. They're gathering dust now...

With eight years, my uncle asked “Do you want to learn Java?”. I had no idea what ‘java’ could mean. My uncles don’t usually make me presents; instead they sit with me and we have some great time together. So I agreed.

When I discovered that ‘java’ allowed me to take control of the computer, I couldn’t stop. It was fascinating. For the first time ever, I could tell the computer what to do. I’d no longer be a mere consumer, the computer would work for me.

What’s more, I learned the Internet had lots of great information and tutorials, and I quickly saw Java wasn’t the only option, so I started exploring other languages. But I had a dream: I wanted to find a way the computer could interact with all the electrical circuits I made… That’d have to wait.

My emotional life hasn’t been easy, but I feel really happy now. I want to learn about everything, and I can’t wait for university. I started teaching JavaScript to my brother (eight or nine years old) and he likes it a lot!

So in the end, I want to thank all my family (dog included) for all their help. And a bunch of other people, which I consider to be part of the family. You made me possible. Thank you so much.